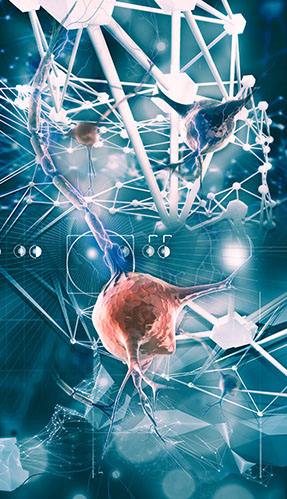 Data from nonclinical and clinical studies in the clinics and laboratories in Japan, the USA, Russia, Ukraine, Georgia indicate the unique properties of plant peptides of the preparation GA-40 to react with the membranes of cancer cells and activate the mechanisms of their programmed death. In addition, the peptides of GA-40 attract additional reserves of the immune system to work on malignant cells, such as T-lymphocytes, phagocytes, and NK-cells.

It is obvious that in any patient with cancer, the immune system is exhausted and is working at the physiological limits. Under these circumstances, an administration of highly toxic antineoplastic agents with the purpose of stopping or delaying the disease progression may aggravate the patient’s condition due to the negative influence on the immune system.

To support the patient’s immune system and attract supplementary reserves of antitumor immunity, the introduction of a powerful immunocorrector is required, which is able to realize the protective potential of the body on a full scale. GA-40, a plant peptide-based preparation, copes with this task. GA-40 obtained from the whorled Solomon’s-seal mainly contains small peptides with a molecular weight of 15 to 98 kilodaltons. Such peptides, due to their ability to penetrate into the cells, have evolutionally formed properties to react with intracellular structures: regulatory proteins and genes, ligands and enzymes. GA-40 protects cells from virus entry, and also deprives the latter of the opportunity to replicate intracellularly. However, if the damaged cell is nonviable or shows signs of malignancy, GA-40 stimulates its apoptosis, i.e. programmed cell death. This process cleans the body’s tissues of dangerous cells and creates conditions for growth of normal ones.

Despite the emergence of modern anticancer drugs, it is almost impossible to improve the treatment efficacy without the human body’s support with exogenous peptides. This is due to the fact that chemotherapeutic agents, as a result of the use of which tumor growth stops or even develops tumor regression, are toxic themselves. Cytostatic agents negatively affect the immunity and weaken the much-needed immune surveillance of malignant cells. Exogenous peptides are designed to break this vicious circle.

To support the patient’s immune system and attract supplementary reserves of antitumor immunity, the introduction of a powerful immunocorrector is required, which is able to realize the protective potential of the body on a full scale. However, one should remember in the face of the depressed function of immune surveillance over a tumor, the body should not be given an additional burden in the form of a heterogeneous protein; this is especially true of animal-based preparations. Exogenous peptides obtained from animal tissues have a relatively high molecular weight and, therefore, have pronounced antigenic specificity, which can provoke strong inflammatory reactions and allergies.

Unlike peptide preparations derived from animal tissues, GA-40 has an unsurpassed safety profile. GA-40 does not contain high molecular weight polypeptides of pronounced antigenic specificity. This is vital in case of the patient’s compromised immune system and lack of supplementary reserves to neutralize possible allergic reactions and inflammatory processes.

It is also important to note that the plant peptides of GA-40, due to their ability to attach to the cancer cell debris and attract phagocytes to them, improve tolerance to chemotherapy. After receiving information from peptides about the presence of a significant number of cancer cell debris in the body, phagocytes activate and synthesize cytokines, which attracts even more immune cells to cancer cellular debris. Thus, GA-40 speeds up the process of detoxing the body after chemotherapy.

The frequently asked questions about GA-40 are presented in this section. Please contact us for close consultation.

Let's get in touch

Please use the chat